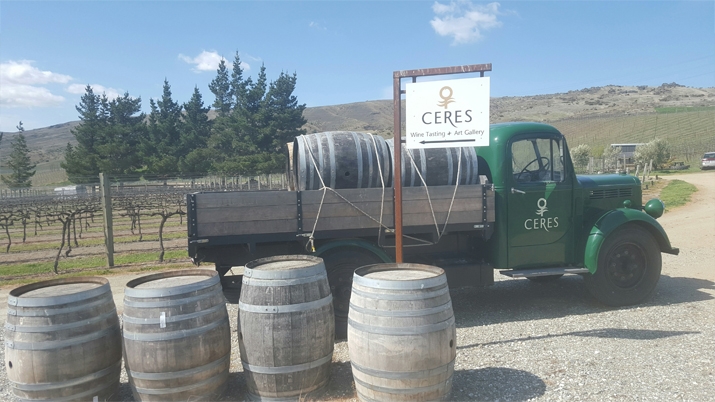 ​Ceres is proud to announce that our Ceres Black Rabbit Riesling 2015 has won Pure Elite Gold at the Air New Zealand Wine Awards, we were only one of two Rieslings to be selected for this award.

Every wine that Ceres Wines entered won something, we are thrilled with this reaction to our premium wines and look forward to next year’s releases of wines exceeding this high standard.

Tasting Notes - Ceres“Black Rabbit” Riesling 2015.This is Ceres first single vineyard vintage, the single vineyard journey has started with the Ceres Riesling grapes that are from the Black Rabbit vineyard. This wine has a softly rich and rounded nose of exotic white florals, lime fruit, honeysuckle and nuances of musk melded with suggestions of herbs and minerals.

Ceres is a collaboration between the Dicey brothers Matt and James, between them they have a combined total of 35 years’ experience in growing grapes and making wine. They have a passion for focused hand crafted wines that reflect the environment they are grown in. They want their wines to best express the vintage and vineyards they were created in.

The wine is named after the Roman goddess of agriculture - Ceres - using sustainable practices they reflect their respect for the land. They believe that focussed viticulture and a minimalist wine making approach allows for the full expression of the wine produced in the Bannockburn sub-region of Central Otago.