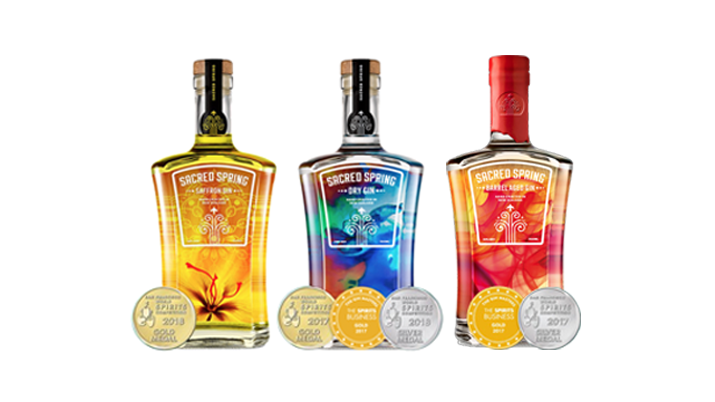 Dancing Sands Distillery set a new record in New Zealand with its Sacred Spring Saffron Gin winning a gold medal this week in the San Francisco World Spirit Competition, its third gin to win a gold medal in the past 12 months.

“Speechless,” Managing Director Ben Bonoma bemused. “This is a result everyone can celebrate because we’re crafting the best of what New Zealand has to offer”. What’s the secret to their success? The distillery sits on top of the aquifer that feeds the clearest spring in the world – Te Waikoropupu Springs or the Place of the Dancing Sands. The under-water visibility was recently measured to 75 metres, whereas distilled water is 83 metres clear.

No other New Zealand distillery has accomplished the accolade of winning Gold medals across 3 different products, placing the distillery in a league of its own. New Zealand is amid a gin resurgence with 24 different producers making 68 varieties of gin. This number has more than doubled over the past 18 months and craft gin is one the fastest growing categories in spirits globally.

The Gold award is described as “An exceptional spirit that is near the pinnacle of achievement; sets the standard for its category”.

The San Francisco World Spirit Competition is held annually and this year saw 2200 entries across the globe, making it the world’s largest spirits competition. All award winners will be featured on the website www.sfspiritscomp.com by 1st May.
Sacred Spring gin is available nationally at all major liquor retail outlets.