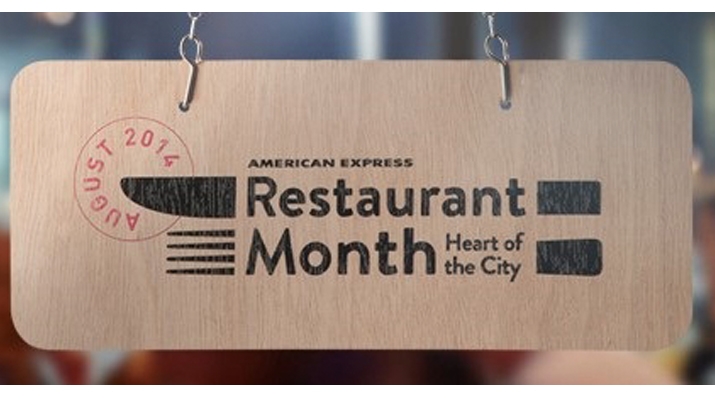 S. Pellegrino and Acqua Panna fine dining waters have been part of the hospitality industry around the globe for hundreds of years. From the World’s 50 Best Restaurants awards to Australia’s Appetite for Excellence programme, Sanpellegrino supports and celebrate the finest chefs, waiters and restaurants, and enjoys a close working relationship with some of the most influential chefs of our era, including Luke Mangan, Ben Shewry and Frank Camorra.

S. Pellegrino and Acqua Panna are proud partners of Restaurant Month in the Heart of the City for the second year running. As the official mineral waters of the International Sommelier Association, their unique characteristics complement specific wine styles, and enhance the enjoyment of different cuisines. They will add an extra dimension of appreciation to the extraordinary culinary and gustatory experiences on offer.

2014 is a particularly special year as Acqua Panna is also commemorating its 450th anniversary of purity.

The Acqua Panna estate dates back to the Renaissance period, and was the holiday home of the famed Medici family. Lorenzo il Magnifico was so fond of Acqua Panna’s taste that 54-litre demijohns were sent by cart to his court in Florence. On 15th July 1564, an official proclamation – the Panna ‘bandita’ – established the property lines of the Medici estate, which remains protected and untouched all these centuries later.

In 2014, the year of its 450th anniversary, Acqua Panna and the Tuscany Region signed an official agreement that will see Acqua Panna carry the Tuscany Taste logo on its bottles. This prestigious marque is bestowed upon 100 per cent Tuscan products of excellence, and until now has only been given to wine producers.

Visitors to Restaurant Month have the opportunity to taste history for themselves.

S. Pellegrino and Acqua Panna will be refreshing guests, chefs and winemakers at many of the key Restaurant Month events, including the Official Launch Party, the new Wine AKL featuring hundreds of wines from top New Zealand wineries, the ever-popular Street Eats, and special chef collaborative dinners throughout August.

To learn more about Restaurant Month in the Heart of the City and book tickets to the events, visit www.heartofthecity.co.nz/restaurant-month.