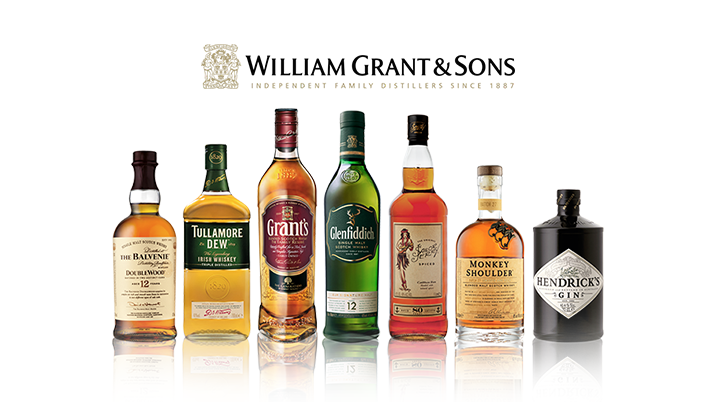 DISTILLER OF THE YEAR

“We are delighted to announce that once again we won the top awards at the prestigious International Wine & Spirits Competition last night! We were awarded both Distiller of the Year and Scotch Whisky Producer of the Year.

These awards are known for setting the international benchmark for quality and recognising excellence in wines and spirits worldwide. This incredible run of success builds on previous years where we’ve received the highest accolade of ‘Distiller of the Year’ from either the International Spirits Challenge or the International Wine and Spirits Competition 12 times in the last 13 years!

“What a great result! This level of recognition from the IWSC is a real honour and is down to our long history of innovation and a dedication to delivering excellence across our portfolio. William Grant’s vision to create the best dram in the valley lives on in our work today and will continue long into the future. These awards are in addition to three IWSC trophies presented to us earlier this year for Glenfiddich Finest Solera, The Balvenie Thirty and Tullamore D.E.W. 18 Year Old, and more than 70 medals recognising quality across the our portfolio. The competition follows a rigorous judging process with more than 400 global experts judging products over a seven month period.”

“With a raft of IWSC medals at the highest level, William Grant & Sons continue to impress the IWSC judges with the consistent excellence of their many and varied products. From much-loved household names like Glenfiddich to bourbons, ryes, tequilas and many others, they bestride the world of international spirits.”

For well over a century they have been investing and growing, especially in the younger and more esoteric brands which are crucial to maintaining their market position. We are proud to recognise and reward such dedication to excellence.

Now in its 49th year, the IWSC’s relentless pursuit of excellence underpins every aspect of the competition today. Entries are received from nearly 90 countries worldwide where each sample is judged according to its class. With nearly 50 years of heritage, an IWSC award is recognised internationally as a badge of quality.

• Distiller of the Year

• Scotch Whisky Producer of the Year

The Balvenie DoubleWood 17 YO

The Balvenie Portwood 21 YO